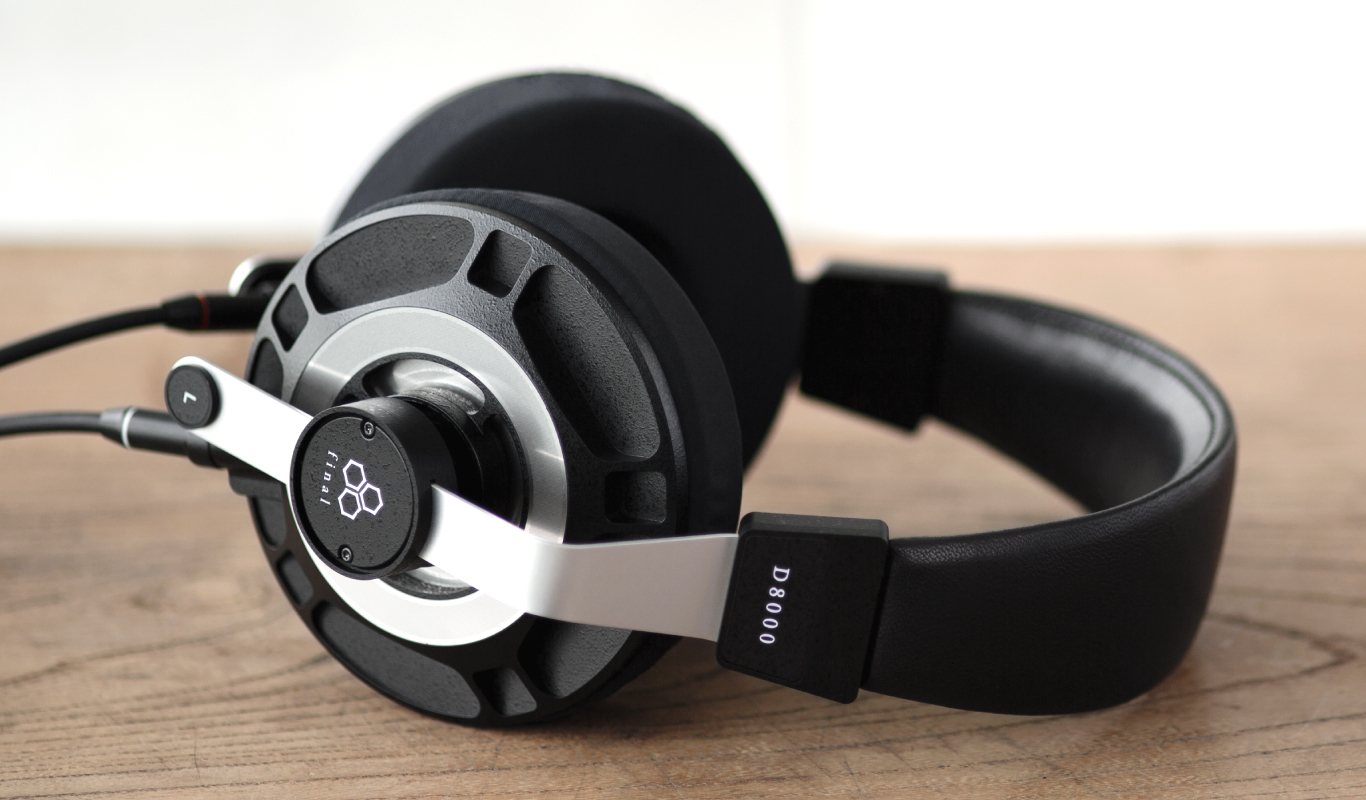 A combination of the sensitive high ranges of planar magnetic models and the volume and open feel bass tones of dynamic models.
With conventional planar magnetic models, amplitude is an increasing low range, and since the diaphragm comes into contact with magnets, it was necessary to raise the frequency of bass tones to a level that the driver unit can reproduce. To make up for the lack of bass tones, the inside of the earpads have been tightly sealed, and the front section of the diaphragm has been made a closed space.This is the same principle as earphones with sealed earpieces being able to reproduce bass frequncies despite their small size. By sealing the inner earpads, it is possible to produce bass tones across low frequency bands; these become the bass tones produced within a sealed space the same as earphones.With D8000, the problem with the diaphragm coming into contact with magnets has been solved through AFDS (Air Film Damping System), and it has become possible to reduce the frequency of the bass tones that the driver unit can reproduce. Combined with breatheable earpads, bass tone reproduction with a volume and open sound only achievable with superior dynamic models is possible.

In reproducing subtle high frequencies, the lightweight nature of the diaphragm comes before anything else. Compared to other dynamic models with the same diameter, D8000’s diaphragm is 1/3 lighter. A super thin aluminum coil has been etched on the extremely lightweight film diaphragm, and as such, the adhesive essential for use between the coil and the diaphragm of dynamic models – which has a very negative effect on sound quality – is not necessary. This is an important part, packed with know-how. With D8000, this problem is solved theoretically, and reproduction of subtle high frequencies has been achieved.

With a combination of the planar magnetic model’s subtle high frequencies and the dynamic model’s volume and open bass tones, you discover new things about music you’re used to listening to when you use D8000; they have you wanting to listen to your favorite music over and over again. With this product, you realize that high sound quality provides the impetus for experiencing the deeper aspects of music.

With conventional planar magnetic models, amplitude was an increasing low range, and the diaphragm came into contact with magnets. To solve this problem, we took measurements by conducting diaphragm simulations using the finite element method and laser Doppler devices numerous times, and estabished